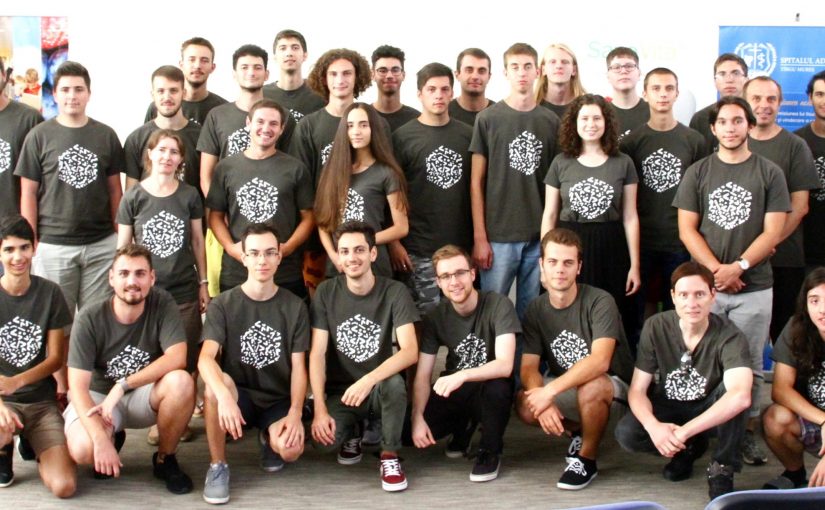 We completed the 4th edition of this event! 🎉🎉🎉

For those of you who don’t know what AMiCUS Coding Days is, let me explain.

AMiCUS Coding Days is an event where people from 14+ learn new technologies and build something with what they’re learning. The event was in August for 5 days and was held near Brasov, Romania.

Every year we have different projects on different technologies. Here are the ones from this edition:

Introduction in programming with Python 3.0

This was a first for us because we didn’t have a project for those who are absolute beginners in programming. This was a huge success (the project with the most students) and the class was held by Vicențiu Petreacă.

They learned the basic of programming, at first with pseudo-code and then with Python 3.0.

This project was a continuation of last year’s project and the team added new features to an Android app using Android studio with Java. They stepped up their game using a brain reading helmet (Emotiv) with which they could control the app. This project was mentored by Phd. Nicolae Goga.

This project went from creating a domain, using git, using Netlify (to do continuous deployment) to creating a CV using Angular 7. This project was led by me and I had a blast with these young developers.

These guys learned in 5 days more than I learned at the University 🤓 (it’s because I didn’t go to classes). They learned how to use circuits, Arduino boards and different sensors to emulate a smart house. This project was mentored by Aurel Nicolae Floca.

Raphael Stroe led this project starting with understanding and using Libra Blockchain and then going to Ethereum and developing an voting application on it. In my opinion, this project was the most complex and the most interesting of all.

Besides learning and working, we did a bunch of activities, seminars, board games and of course, a trip to the mountains.

Everyone is welcomed to come and if you want to lead a project, we always need more mentors.